Let yourself be stimulated – by your partner and the stimulation gel women by JOYDIVISION – until you forget everything around you. Climb to the heights of undreamt-of dimensions and dive into the depths of the pleasure centre. Discover sexuality in a completely new way and let yourself be seduced.

Sometimes the female libido needs a little support to get going again. This is where a stimulation gel for women can become a real pleasure booster! 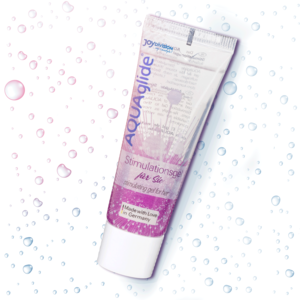 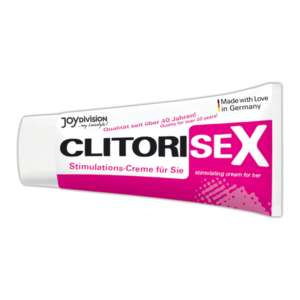 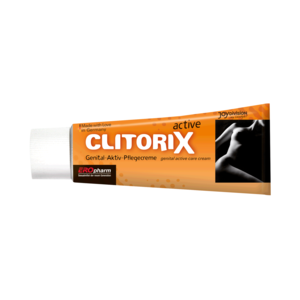 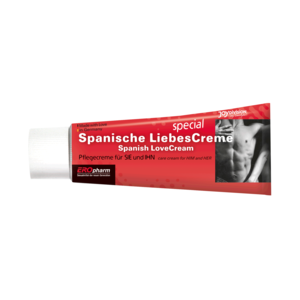 What is a stimulation gel for the woman?

You don't feel like having sex or having trouble coming? Or do you want to discover a new facet with your partner, which sexuality has in store for you?

Stimulants for women will put you in the mood and get you going. Sensual moments that let you glide on the wave of passion and ignite a firework of lust. Such a gel is intended for external use and packs traditional ingredients, which act as an aphrodisiac, in a new JOYDIVISION formula.

The stimulation gel for HER from JOYDIVISION has been specially developed for the female intimate area and tailored to its special needs. Thus the gel is also applied where it is supposed to develop its stimulating effect – directly on the clitoris.

What effect do stimulants have on women?

A stimulation gel woman lets you perceive your lust more intensely again and intensifies your sensations. Touches and caresses heat you up more. Pulsating and intensive, whether in pairs or solo – with or without sex toys.

The special complex of effects of the desire gel for women increases the blood circulation in your erogenous zones such as your clitoris. The gel also gives you tingling impulses that help you reach orgasm.

Why does a woman need stimulation gel?

The female libido behaves like a delicate plant and as such is particularly susceptible to disorders. Sexual unwillingness is a widespread phenomenon among women, especially in long relationships. They also do not reach orgasm as quickly as men.

In all these cases, a desire gel for women can inspire you and your sexuality, which literally awakens both your sensuality and your clitoris. The gel also gives new stimuli to a sex life that has fallen asleep and enriches the shared sexuality with many sensual moments full of passion.

Just try it out and see for yourself how many millions of women before you!

How common is female listlessness and how does a stimulation gel help women?

Lustlessness in women has as many reasons as faces. Every tenth woman is said to be affected by it. In a US study (source: see below) as many as 40 percent of the participants stated that they sometimes or even frequently had no desire for sex.

The sexual unwillingness is always based on physical, psychological or social causes. The hormones also cause women's lust to drop to the basement. This is often the case after pregnancy or during or after the menopause. Hormonal contraception can also be responsible for the lull in bed. In long relationships, the partners have often become so sexually attuned to each other that the attraction of the new is missing.

To make matters worse, the lack of sex often has a negative effect on the relationship and the female self-image – but neither relationship problems nor self-doubt are conducive to pleasure. To stimulate your desire, you might want to try a stimulation gel for women.

If the listlessness is not due to physical/organic causes, a female pleasure gel will powerfully stimulate the receptivity to stimuli. The excitement flows through the body and ensures that you give yourself completely to the love play. Stimulating agents for women also bring new momentum to long or even sexless relationships.

What are the reasons for female orgasm difficulties and how do stimulants help to achieve them?

Many women have difficulty getting to the organism. Even if it works out during solo sex, the climax of lovemaking is often enough delayed. Some have never even experienced one.

An orgasm always represents the interplay of physical excitement and emotional lust, which slowly increases during the lovemaking process in women and then discharges in a climax. If you are physically aroused but do not feel enough pleasure, a female stimulation gel can increase your pleasure level and stimulate you to orgasm. If you are physically aroused but lack physical arousal, female stimulants can intensify your sensations and bring you closer to climax.

A blob of stimulating gel for her on your clitoris will show you what is possible. Because the gel intensifies all sensations and takes you out of the routine that often stands in the way of orgasm.

Can the stimulation gel for HER be used as a lubricant for?

How does stimulation gel interact with condoms?

It depends. Many a stimulation gel for HER is perfectly compatible with condoms and is even suitable for latex condoms. Other products cannot be used at the same time as condoms. Here you have to wait until the gel is absorbed.

Is a stimulation gel for HER a medical device?

No. The stimulants for the woman of JOYDIVISION are not medical products. In each case, the gel is a cosmetic product that is only used for support.

More detailed information can be found in the respective package insert or in the description of the products.