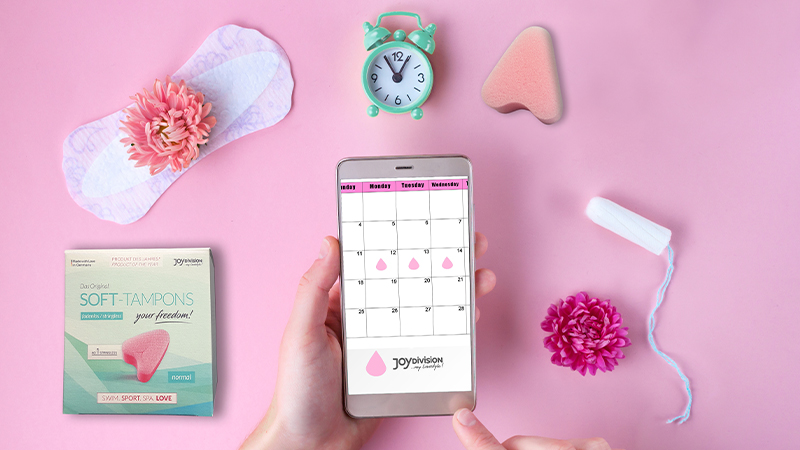 In the time of the pharaohs, women allegedly used soft papyrus leaves and shaped them into a kind of tampon.

Hippocrates mentioned the first tampon before the birth of Christ. At that time, it is said to have been a piece of wood wrapped in cloth.

In 1921, the first sanitary napkin with the name "Dr. White's" came onto the market. This type of sanitary napkin was protected from slipping with a belt and is said to have been very uncomfortable.

In 1931, Earle Cleveland Haas, a doctor practising in the USA, applied for patent protection for the first tampon with an insertion aid. These tampons consisted of pressed cotton wool with a ribbon running through it. In 1933, Gertrude Tendrich, a doctor from Denver, bought the patent and the first mass production of tampons began.

At first, sales of tampons were very slow, as the mostly male pharmacists had reservations about stocking a hygiene product for the female genital area. At that time, it was believed that women would lose their virginity by using tampons. This fear is still widespread today - completely unfounded.

With the help of an initiated word-of-mouth propaganda (from woman to woman), the sales figures finally developed positively.

In Germany, the German engineer Dr. Carl Hahn came across an advertisement for tampons in an American magazine in 1947, which inspired him to develop a tampon for the German market. Hahn and his colleague, the lawyer Heinz Mittag, patented the decisive part of the manufacturing process: They succeeded in mechanically pressing the highly elastic cotton wool into a casing by means of high pressure. The product for the German market was given the name "Ohne Binde", or "O. B." for short. 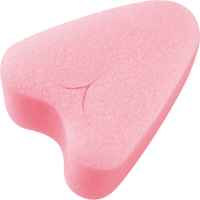 Within a very short time, the lifestyle product Soft-Tampons enabled millions of women in many countries to enjoy their freedom.

Advertising for menstrual sponges in 2000

Soft-Tampons are named "Product of the Year" for the first time. In a study on the recommendation frequency of OTC preparations in German pharmacies, they take first place. 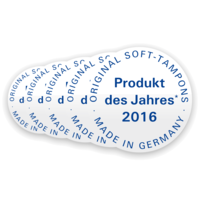 Soft-Tampons are not driven from their throne in the following years either.

A recent test confirms the quality of soft tampons as the "comparison winner". Vergleich.org tests and compares numerous products and services. Only the best are presented. The tests and comparisons are objective and fact-based. Manufacturers have no influence on the evaluation. 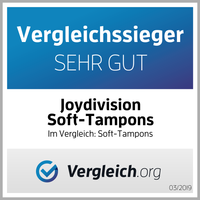 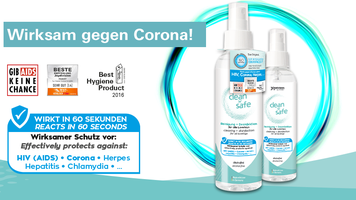 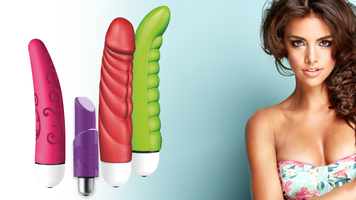 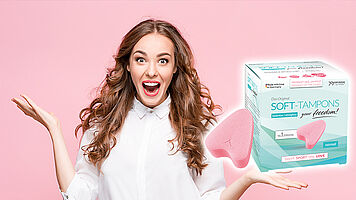 Swimming with a tampon – what to consider? 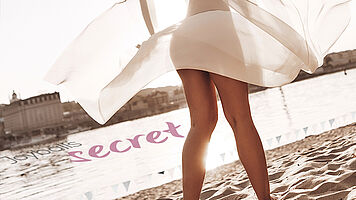 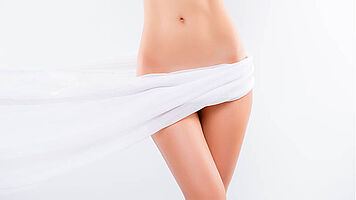 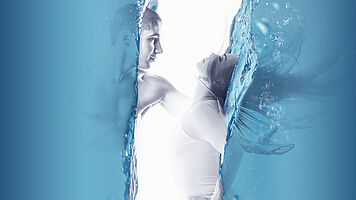